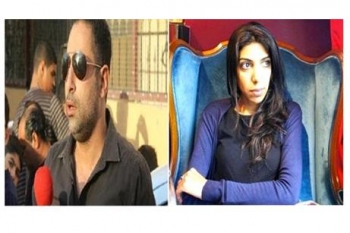 Naji Fateel, a board member of the Bahrain Youth Human Rights Society (BYHRS), was arrested on 2 May 2013 from his home in Bani Jamra and held incommunicado for 3 days before being transferred to the Dry Dock prison. The Public Prosecution Office ordered his detention for 45 days. On 23 May 2013, Naji was sentenced to 6 months’ imprisonment for “illegal assembly”. On 12 June 2013, Bahrain national television aired names and photos of Bahraini citizens it claimed that they are behind the set up of the so-called “Coalition of 14 February”, Naji was one them.

Naji Fateel faces the alleged charged of “establishing a terrorist group for the purpose of disturbing public security, disabling constitution and law, preventing public institution and authorities from performing their duties, attacking public and personal rights, and harming national unity”, under the internationally condemned 'Terrorism Law'. In his first court hearing, which was held on 11 July 2013, Naji talked publicly about the torture he was subjected to and took his shirt off to show the torture marks on his back. However, instead of  taking immediate action and carry out an immediate, impartial and thorough investigation into the allegations of torture, the judge did not allow the defendants to complete their testimonies and refused to take note of their allegations. (For more information please see:  http://bahrainrights.org/en/node/6227).

On 26 July 2013, the second hearing of the trial was held, and yet in another violation to his legal rights, Naji Fteel was not brought to court, which is believed to be due to his public allegations that he had been tortured during his interrogation and detention. BCHR’s head of documentation, Sayed Yousif Al-Muhafadha, has attended the trial on behalf of BCHR and GCHR. He stated that “the investigation with Naji Fateel and others involved in the case was not about the “Coalition of 14 February”, rather about their participation in protests, the Pearl roundabout, and other activities.” He added that “the court took an illegal decision when postponed the hearing to 5 September 2013 in order to call the witnesses, although the lawyers did not request that.” He concluded by saying “it is clear that this court is violating the international standards for fair trials as they want to continue this 'mockery of justice' without the lawyers and defendants.”

The lawyers in the “Coalition of 14 February” of which Naji is one of the defendants, have submitted a letter to the court explaining the reasons why the judge Ali Khalifa Al-Dhahrani should step down. The letter stated that the defendants are accused of aiming to “prevent the public institution and authorities from performing their duties” and no doubt the House of Representatives is one of these institutions which is headed by Khalifa Al-Dharani, the father of judge Ali Al-Dhahrani who is heading the court which deals with this case. This, in addition to the fact that the House of Representative and its members have publicly stated their pro-government positions in relation to the case which may influence the court, thus a conflict of interest is present here, according to article 221 of the code of criminal procedure law. The letter was submitted on 25 July 2013, however, the lawyers did not receive any response as yet. (For more information please see: http://www.alwasatnews.com/3975/news/read/795879/1.html).

The second case is that of human rights defender and journalist, Nazeeha Saeed, Bahrain correspondent for France 24 and Radio Monte Carlo Doualiya, who was subjected to torture in Riffa police station at the hand of security personnel in 2011. Describing her torture Nazeeha stated that “she was blindfolded, kicked, punched, and slapped. Her hair was pulled, she was whipped with plastic tubing, had a shoe forced into her mouth and her head dunked into a toilet. An unknown, caustic liquid said to be urine was poured onto her face, she was repeatedly insulted and mentally abused and asked to make a false confession.” (For more information please see: http://bahrainrights.org/en/node/5598).

It is worth mentioning that Nazeeha managed to obtain three independent medical reports which confirmed that she was indeed subjected to torture, two of these reports were issued by doctors working for the Ministry of the Interior. Despite all the evidence in her case and the fact that she was able to identify 5 of her alleged torturers, only one of them, policewoman Sarah Al-Moosa , was taken to court by the Public Prosecution Office.

On 22 October 2012 a Manama Court had acquitted Sarah Al-Moosa of the charges on the basis that the evidence presented by Nazeeha Saeed was ‘contradictory’ and ‘not consistent’ with the forensic report. The policewoman walked free, although the above mentioned medical reports, have corroborated her accounts of torture she suffered while in police custody.

On 23 June 2013, a Court of Appeal in Manama upheld the acquittal of policewoman Sarah Al-Moosa on charges of torturing and mistreating Nazeeha. The Public Prosecution Office has had 30 days, as per the law, to take the case to the Cassation Court, but decided not to do so.

The GCHR and the BCHR call on the US administration as well as other governments that have influence in Bahrain including the UK government, the EU and leading human rights organizations to put pressure on the Government of Bahrain to:

1- Guarantee the legal rights and due process of the prisoners of conscious and victims of tortures;

3. Initiate an immediate, thorough and impartial investigation into the allegations of torture of Nazeeha Saeed, with a view to publishing the results and bringing those responsible to justice in accordance with international standards;

5- Guarantee in all circumstances that human rights defenders in Bahrain are able to carry out their legitimate human rights activities without fear of reprisals, and free of all restrictions including judicial harassment;

The GCHR and BCHR remind the Bahraini government that the United Nations Declaration on the Right and Responsibility of Individuals, Groups and Organs of Society to Promote and Protect Universally Recognized Human Rights and Fundamental Freedoms, adopted by consensus by the UN General Assembly on 9 December 1998, recognizes the legitimacy of the activities of human rights defenders, their right to freedom of association and to carry out their activities without fear of reprisals. We would particularly draw your attention to Article 5 (b) “For the purpose of promoting and protecting human rights and fundamental freedoms, everyone has the right, individually and in association with others, at the national and international levels  (b)To form, join and participate in non-governmental organizations, associations or groups” and Article 12 (2) “The State shall take all necessary measures to ensure the protection by the competent authorities of everyone, individually and in association with others, against any violence, threats, retaliation, de facto or de jureadverse discrimination, pressure or any other arbitrary action as a consequence of his or her legitimate exercise of the rights referred to in the present Declaration.”