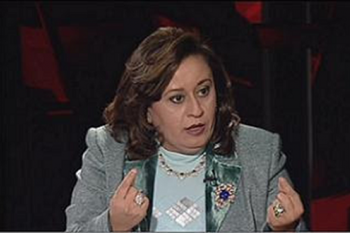 On 15 September 2014, Jamsheer was arrested and a detention order of seven days was issued against her on charges of defamation on twitter[1]. This comes after she was summoned for interrogation at the criminal investigation directorate (CID) on 9 September 2014 in relation to her tweets about corruption at King Hamad University Hospital. The activist has been actively tweeting (https://twitter.com/Ghada_Jamsheer) in recent days about her observations about the ill management of the hospital through close relatives of a single family. After her interrogation at CID she said that the case brought against her is by Salman Attiyat Allah Al Khalifa, a member of the Bahrain ruling family, and the head of the hospital. She continued tweeting after that and up until her arrest.

Ghada Jamsheer is the President of the Women's Petition Committee (WPC), a network of Bahraini women human rights defenders who campaign for the codification of Bahrain’s family laws and their reform. She is effectively banned from the national Bahrain media. Her online blog http://bahrain-eve.blogspot.com/ has been blocked in Bahrain since at least 2009.

GCHR and BCHR believe the arrest and prosecution of Jamsheer is in direct violation to her right to freedom of expression. We therefore call for her immediate release and to drop all charges against her.