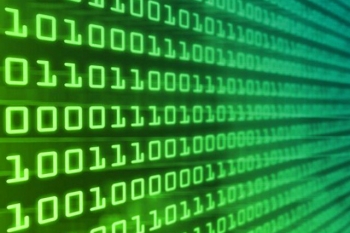 The recent hack by an unknown source of the Italian surveillance technology company Hacking Team revealed some troubling connections with Bahrain. Over 400 gigabytes of data, ranging from e-mails to personal WhatsApp backups, linked the company and its services to several governments around the world. This sensitive information entailed a purchase of the notorious spyware “Remote Control System” which spies on political opponents, human rights advocates, journalists and digital activists. It does so by recording Skype calls, controlling the target’s devices and eavesdropping via a computer’s webcam.

This spyware and other surveillance services were used by 37 countries, including Bahrain. Among the 400 gigabytes of data, was a file called “Midworld Pro – Bahrain” which indicated a Bahraini purchase of the “Remote Control System” spyware worth €210,000 (over 87,000 Bahraini dinars), likely used to target human rights activists and political opposition.

This is not the first time Bahrain has been found to be using malware to spy on activists and violate their privacy. Research published in August 2014 found Bahrain to be using the UK FinFisher spy software (also known as FinSpy) to hack on human rights lawyers, politicians and even members of a government commission investigating human rights abuses.

BCHR considers these new findings to be compelling evidence of the repressive conditions in Bahrain, and sees it as a direct violation of the Universal Declaration of Human Rights. Article 12 of that Declaration urges that “no one shall be subjected to arbitrary interference with his privacy, family, home or correspondence, nor to attacks upon his honour and reputation. Everyone has the right to the protection of the law against such interference or attacks”. Article 19 states that “everyone has the right to freedom of opinion and expression; this right includes freedom to hold opinions without interference and to seek, receive and impart information and ideas through any media and regardless of frontiers”.

Bahrain is known to have been arresting and torturing online users who have practiced their freedom of expression over the Internet. in its latest report about freedom on the Internet, Freedom House has ranked Bahrain as not free.

Based on the above, the BCHR calls on European governments to:

And to put pressure on the government of Bahrain to: