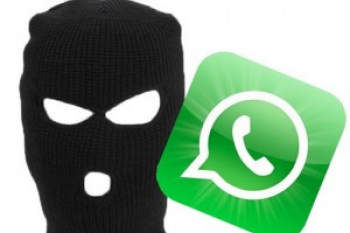 The Bahrain Center for Human Rights (BCHR) expresses its deep concern at the Bahraini authorities' continuing policy of suppressing an individual's right to freedom of expression and violating the right to privacy. They have recently imposed harsh new security restrictions that target people's discussions and messages on short-messaging social media platforms.

On Sunday 6 March, the Education Ministry – specifically the department responsible for secondary education – sent a message to all secondary school heads demanding that the contents of messages sent by teachers and students in WhatsApp groups be examined. The Ministry threatened to take legal action against anyone found to have sent messages that “insult authorities.” These are the kind of bombastic expressions the authorities have used over recent years to target political activists, opponents and critics.

This announcement came just days after a landmark speech by Hayat Abdel Majid, the head of the sector targeting electronic crime at the Ministry of Interior's Department for anti-corruption and economic and electronic security. In this speech, Abdel Majid said that the administrator of any WhatsApp group would be responsible and legally culpable for any defamatory news, rumours or inaccurate information circulated in that group. She also stated that members of a group could be held responsible for its content. She announced that the punishment could extend to a period of two years in prison and a fine of 200 Bahraini dinars, or one of these, in accordance with Article 168 of the law governing the spreading of defamatory information.

The Ministry of Interior had previously announced, on 7 February 2016, the arrest of a group of people who had participated in the “al-Busta” WhatsApp group. The Ministry confirmed that they were supported by foreign powers in connection with terrorist activities within Bahrain. A number of people were also arrested over allegedly insulting statements about the authorities that they shared on WhatsApp. AbdAli Khair is still serving a 10-year prison sentence for forwarding a WhatsApp message.

BCHR considers the surveillance of the contents of private WhatsApp groups and messages a violation of an individual's right to privacy, one of the fundamental rights stipulated by Article 12 of the Universal Declaration of Human Rights which states: “no one shall be subjected to arbitrary interference with his privacy, family, home or correspondence, nor to attacks upon his honour and reputation. Everyone has the right to the protection of the law against such interference or attacks.” BCHR also considers these new restrictions part of the arbitrary use of power used by authorities to prevent people from exercising their right to expression in a healthy and peaceful environment. It prevents people from sharing news and ideas as outlined by several international agreements and conventions, particularly Article 19 of the International Covenant on Civil and Political Rights, which states: “everyone shall have the right to freedom of expression; this right shall include freedom to seek, receive and impart information and ideas of all kinds, regardless of frontiers, either orally, in writing or in print, in the form of art, or through any other media of his choice.”

BCHR calls on the government of Bahrain to do the following: