Bahrain: Impunity and light sentences for the killers and torturers of protesters and prisoners 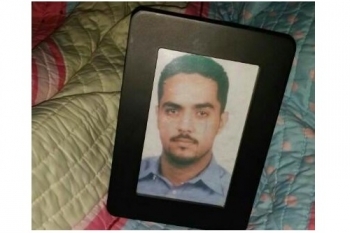 The Bahrain Center for Human Rights (BCHR) condemns the continued policy of impunity and the lack of accountability for the abusers of human rights in Bahrain, as indicated by several cases during the month of March 2016.

On 27 March 2016, the Bahraini Higher Court of Appeal reduced sentences of one officer and two policemen from five years to two years’ imprisonment for the murder of 36-year-old Hasan Majeed al-Shaikh who was tortured to death on 6 November 2014 at Bahrain’s Jaw prison. The wounds that caused his death were caused by severe physical torture inflicted on him by six Interior Ministry affiliates. Another three policemen who were sentenced to periods between one and three years in the same case were all acquitted. Reducing the sentences of six officials who had been found guilty of ill-treatment, torture and murder shows the lack of independence of the Bahraini judicial system.

In another case, on 1 April 2016, an officer was sentenced to three years’ imprisonment for shooting and killing 19-year-old protester Fadhel Abbas, as well shooting and injuring Sadiq Alasfoor, causing him injuries that disabled him for over 20 days in 2014. The officer was originally sentenced to a three months only which has been now raised to three years, a sentence that is still not adequate to the level of the crime of extra-judicial killing.

On 9 March 2016, nine policemen who had been accused of severely beating 13 detainees using hoses and wooden sticks at Jaw prison, were acquitted, an order upheld by the Court of Appeals. Nabeel Rajab, the leading human rights defender who was in prison at the time in May 2013, was a witness to this prison assault. He reported it immediately and as a consequence he was subject to further restrictions on his movement and communication in prison. He provided his testimony to the court along with another witness. It’s shocking to see how the courts are blatantly protecting abusers, says BCHR.

While such officials see their sentences reduced, human rights defenders and protesters receive harsher sentences for merely making use of their freedom of expression by for instance, tweeting. Zainab al-Khawaja was arrested with her 15-month-old son on 14 March 2016 after being sentenced to prison solely related to her activism and exercise of free expression. She was sentenced to combined sentences of three years and one month imprisonment and a BHD 3,000 fine. Hussain Mahdi, a satirical twitter user has received a five-year prison sentence for “insulting the king” in posts on the social media website Twitter.

In 2012, the Government of Bahrain established the Bahrain Independent Commission of Inquiry (BICI) which concluded in its report that “the lack of accountability of officials within the security system has led to a culture of impunity, whereby security officials have few incentives to avoid mistreatment of prisoners or to take action to prevent mistreatment by other officials.The commission received evidence indicating that, in some cases, judicial and prosecutorial personnel may have implicitly condoned this lack of accountability.” Based on these findings and in order to end the culture of impunity, BICI presented several recommendations, including:

“1247. In the light of the “pattern of impunity” for torture and mistreatment in the past, the appropriate prosecution should be initiated with a view to ensuring punishment consistent with the gravity of the offence.

1719. To adopt legislative measures requiring the Attorney-General to investigate claims of torture and other forms of cruel, inhuman or degrading treatment or punishment, and to use independent forensic experts.”

The Government of Bahrain has not fully implemented any of these recommendations and ended the ongoing impunity of security forces, and the bodies that it has established to hold human rights abusers accountable have failed in their role.

It’s notable that most if not all the above mentioned cases against police officer were investigated and prepared by the Special Investigation Unit (SIU) that was established on 28 February 2012 as a specialized unit at the Public Prosecution for the investigation of torture crimes, abuse and ill-treatment that may have been committed by government officials. The light sentences and the acquittals easily passed by the courts on the above mentioned cases provides doubt about all the cases and how they are officially handled, and indicate that the SIU is not preparing strong cases with required evidence and justification to secure justice for the abuses.

The BCHR calls on Bahrain and the international community to:

The BCHR calls on the Bahraini government to put an end to the authorities’ political and judicial impunity and their lack of accountability.