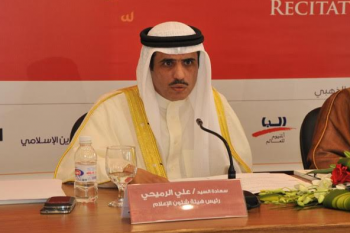 July, 26 2016 - We in the Bahraini human rights community condemn the recently expanded press restrictions in the Kingdom of Bahrain. Decree 68/2016, issued by the Minister of Information, Mohammed Al Rumaihi, constrains what little press freedom remaining in the kingdom by increasing government oversight on the dissemination of electronic media and empowering the state to easily target content producers with prosecution.

According to the decree, licensed newspapers may disseminate electronic media only after receiving a temporary license from Bahrain’s mass media directorate. The law does not detail under what criteria Bahraini officials will judge and approve applications for a one-year, electronic media license. As a part of the application to receive these licenses, applicants are required to give a list of social media accounts, website addresses, and the names of those responsible for them. This could lead to quick prosecution of individuals, if the content be deemed violating.

Once granted a license, newspapers may not post videos over two minutes in length and are forbidden from live-streaming. The content of the videos is excessively regulated, with the law stipulating that “electronic media should be part of the printed content or a reflection of it, and tackles the same topic [sic].”

“These regulations are the latest in tools the government has to control the press,” said Husain Abdulla, Executive Director of Americans for Democracy & Human Rights in Bahrain (ADHRB). “Not only does this new edict restrict the content of what can be disseminated, it leaves individuals in the press more vulnerable to government persecution.”

Decree 68/2016 is an extension of Bahrain’s 2002 Press Law (Royal Decree 47/2002), which is already frequently used to impose severe restrictions on journalists, correspondents, bloggers, and newspaper editors.  It contains 17 types of violations for which journalists may be fined or imprisoned. Earlier this year, Bahrain’s Information Affairs Authority (IAA) used an aspect of the 2002 law to ban newspapers from publishing videos on YouTube. Al-Wasat, the country’s only independent newspaper was forbidden from using its YouTube channel though it disputed the government’s claims that they were in violation of the law.

The timing of the edict corresponds with a massive crackdown of the political opposition. Earlier this month, a Bahraini court dissolved the country’s main opposition party, al-Wefaq. “At a time when international media are focused elsewhere in the world on one crisis after the other, Bahrain is quietly losing its foothold on the path to democracy. Without freedom of expression, the country risks sliding closer still to other authoritarian regimes in the region,” said Sayed Yousef Al-Muhafdah, Vice-President of the Bahrain Center for Human Rights (BCHR). While the Director of Advocacy at the Bahrain Institute for Rights and Democracy, Sayed Ahmed al-Wadaei, added further concern that, “by tightening its grip on the media, Bahraini authorities seek to control the narrative inside the country and stifle dissenting voices.”

While the Bahraini government increases their control of the press in order to secure their dominance in unstable times, there is a direct connection between the government’s suppression of independent media and the destabilization of society. We in the Bahraini human rights community condemn these alarming new restrictions on the media. We call on the Government of Bahrain to amend these press laws to conform with international press standards and to fully respect the universal right to free expression.