Bahrain: The Alternative Penal Code between implementation and actual appliance 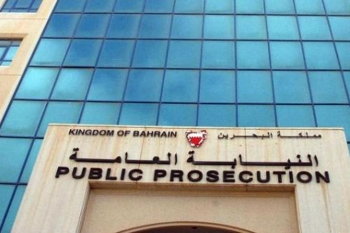 Bahrain enacted the Penal Code on alternative sentencing for prisoners facing cases and prison sentences, after a royal decree that was issued in 2017. On May 20, 2018, Bahrain's Attorney General Ali al-Buainain said that the Public Prosecution had started implementing the provisions of the Penal Code and alternative measures. Following the completion of the law enforcement mechanisms through the issuance of regulatory decisions, it implemented the guidelines on the implementation of the law issued by the Public Prosecution pursuant to the decision of the Attorney General No. 1 of 2018.

He pointed out that the law shows the judge additional options in determining the punishment other than the punishment of restricting freedom. It also imposes, to the judge and the Public Prosecution, alternative measures to preventive detention, which would alleviate the overcrowding of convicts who could only be monitored or prevented from visiting places to prevent any problems leading to crime. There is no doubt that the new law is beneficial to the accused and his family at the same time, especially if the implementation of the negative punishment of freedom affects the stability and livelihood of the family.

Bahrain said during a ceremony at its embassy in London that since the introduction of the Alternative Penal Code, it has replaced the punishment of 856 people who have been sentenced to prison sentences in various cases. Of those convicted, 71% were sentenced to community service, 16% were included in rehabilitation and training programs, and 8% were treated for criminal harm, with the remaining 5% divided into other measures.

Despite the good step taken by the government of Bahrain in this direction and the number that has replaced their sentences, the share of political prisoners and detainees on issues related to freedom of expression is very small and negligible. Despite the release of a number of women detained on issues related to freedom of expression and the political situation in Bahrain, the government rejected dozens of requests made by prisoners' relatives or their representatives to replace the sentence of those sentenced for political cases.

The legal defense team for human rights activist Nabeel Rajab has twice applied to replace his sentence under the Alternative Penal Code, but the court rejected the requests. Nabeel Rajab is serving up to seven years of sentences on cases related to freedom of expression. The United Nations and international human rights organizations have called on Bahrain on several occasions to release Rajab for serving a prison sentence for exercising freedom of expression, but Bahrain has consistently rejected such calls.

The Bahrain Center for Human Rights (BCHR) believes that, despite the positive step of the Alternative Penal Code, Bahrain still needs to take more serious steps to implement this law properly to include all persons facing prison sentences without excluding political prisoners. It remains unclear whether this step has already been taken by Bahrain to alleviate international criticism of the human rights situation in Bahrain, or whether to release political prisoners; there is no indication yet.

BCHR fears that this step will be similar to the previous steps announced by Bahrain, such as investigating cases of human rights violations, holding perpetrators accountable, or human rights reforms that are still locked up.