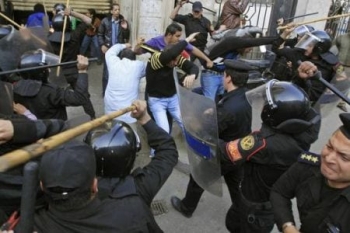 After nine years of crisis, the standards for respecting human rights in the Kingdom of Bahrain do not seem to be on the path to improvement. The almost-daily reports received indicate the widening circle of violations of political and civil rights, from arbitrary arrests, enforced disappearances, unfair trials, torture, and the revocation of nationality, and other practices that it undertaken by security and judicial services in the Kingdom against the human rights and political movement.

Under international law, torture is considered a crime subject to universal jurisdiction and its perpetrators can be prosecuted in any country, and states must arrest and interrogate anyone on their soil suspected of involvement in torture, and prosecute or deport him to face justice.

The crime of torture is one of the main pillars of the tools for suppressing freedoms and violations in Bahrain, and it is a key pillar of the security doctrine, since 2011 the authorities have been working to develop patterns of torture and abuse in prisons.

In 2017, Bahrain ranked first in the Middle East in terms of the prison population, according to the Prison Studies list, published by Prison Studies.

According to the report, the number of sentences for revocation of citizenship reached 308 cases, and 129 Bahraini citizens were sentenced to life in prison, and the courts also ruled to deport ten Bahrainis, knowing that the constitution prohibits the deportation of any citizen or prevent him from entering the country.

As for the cases that were tried, according to the report they amounted to 1155 cases in various levels of litigation, while the number of raids of homes and establishments reached 1056 cases.

The campaign of persecution and repression also affected prisons in Bahrain, as Amnesty International constantly receives complaints related to the often-deliberate poor health care, the latest of which is the prisoner of conscience, Mohsen Badaw stating that: "Scabies and skin allergies became like a fire raking the bodies of detainees inside Jaw Central Prison, and every day the numbers increase despite the isolation of the injured”.

Rights sources reported that "Badaw" had been infected with scabies for 6 months, and that the disease had spread throughout his entire body, which caused him a marked deformity, and are concerned that it would reach his face and eyes, as all treatments do not work under the current circumstances, pointing that he and the detainees are demanding the elimination of the insect, changing bed sheets, mattresses, and clothes, ventilating the place, and relieving overcrowding in the cells, while providing them with appropriate treatment, and stopping the policy of stalling by the prison administration regarding these demands.

Also, the prisoner of conscience, Ayoub Adel, said that he suffers from severe pain, and that he is not taken to the prison clinic and the prison administration does not listen to his requests to see a doctor, and he explained that his pain reached his back, and that he needs to perform surgery. Adel stressed that there is a health negligence in prison, and there is no care, that he can barely walk on his feet, and that he demanded to get the right to receive the necessary treatment, especially as his condition gets worse day by day, and he cannot sleep normally.

It is reported that the detainee Ayoub Adel was injured in the leg, and he underwent surgery before his arrest to straighten the leg, and he still needs follow-up. He was arrested on May 14, 2015, and he was sentenced to life imprisonment on political grounds.

The Bahrain Center for Human Rights recommends the release of all political detainees, and an independent investigation of all complaints of torture and the prosecution of violators, in addition to establishing a binding mechanism to implement the recommendations of the United Nations’ Human Rights Council in Geneva, and to allowing the United Nations special rapporteurs to visit Bahrain and lift restrictions on international human rights organizations.