Arbitrary detention is a violation of human rights 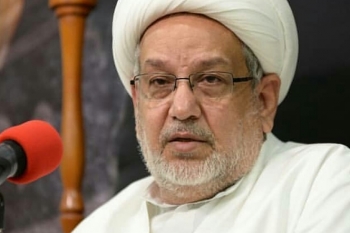 The Bahrain Center for Human Rights (BCHR) condemns the systematic policy of enforced disappearance of citizens, and affirms that "the widespread and arbitrary detention by the government is a violation of human rights in accordance with international laws and covenants."

At a time when Bahrain praises itself at international forums for promoting inter-religious tolerance in an attempt to cover the current crises in the world, religious persecution in Bahrain is growing; five clerics have recently been targeted and finally arrested on 20 January 2020, among whom cleric Sheikh Abdul Mohsen Mulla Attiya al-Jamri who was imprisoned for 7 days pending an investigation. On the same day, the cleric, Sheikh Ali Rahma, was called in for investigation because of a religious sermon.

Also, on 13 January 2020, the Bahraini security authorities decided to arrest Cleric Mulla  Abdul Zahraa al-Samahiji (39 years) for a period of 7 days pending an investigation, due to a religious sermon. On 21 January 2020, the Public Prosecution decided to renew his detention for a period of 15 days, pending investigation. The Capital Police Directorate said that it summoned and arrested Al-Samahiji for delivering a sermon "on one occasion that included legal violations", alleging that he had publicly assaulted "the Prophet’s Companions", noting that the case was referred to the prosecution.

Also, on 29 January 2020, the Bahraini security authorities decided to arrest Sheikh Mulla Qasim Zainuddin, who will be brought before the prosecution, as well as for Sheikh Ali Al-Jadhafsi, who was summoned again the day before.

The Bahrain Center for Human Rights (BCHR) condemns the regime's systematic policy in the series of arrests and demands that religious rights and freedoms be provided for everyone alike, and that these rights and freedoms are not limited to one component of another, they are the right of all and must be available to all.

Based on the above, BCHR calls on the United States, the United Kingdom, the United Nations and all other relevant international institutions and human rights organizations to put pressure the government of Bahrain to: